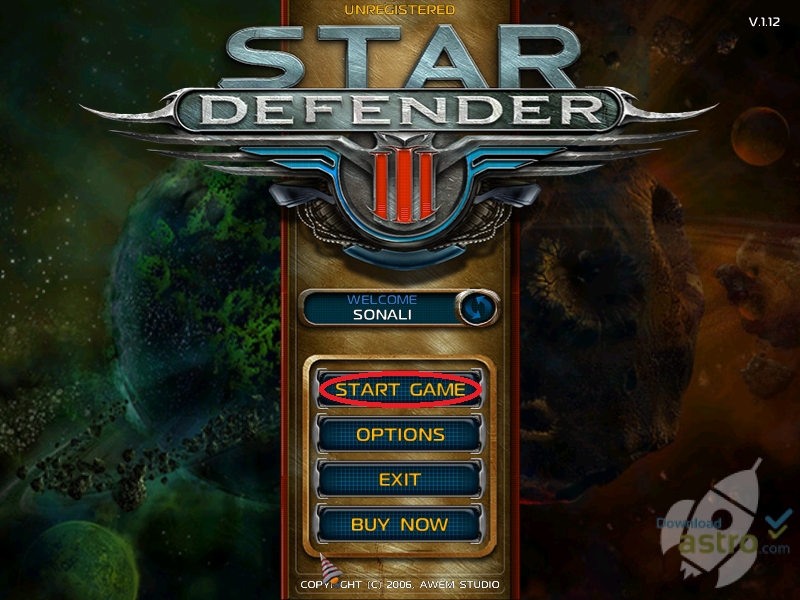 Play Star Defender 3 and Become a Space Invader. If you love space invader games, you’ll have fun playing the Star Defender 3 PC game. This space game was a highly anticipated one and was released in 2012. In the game, you have to play between swarms of aliens and monsters and complete 8 huge missions. The game will take you to the year 2743 A.D. when Insects are ready with new tricks and methods to defeat you.

Star Defender 3 Game Download has a unique one-finger control mechanism and has a wide collection of spacecraft equipped with different weapons. You’ll have to complete 8 big missions, and each mission will have a dangerous boss at the end to test your gaming skills. The game includes a bonus system and features such as the missile strike, time freeze, and immortality. Within each mission, you’ll face numerous levels and overall, there are more than a hundred levels.

The gameplay is very intriguing and as you progress through the game, you’ll start playing it with more enthusiasm and interest. The aliens in the game are of different types and they move in a different pattern for attacking the player. Some aliens circle around your ship, some slip from top to bottom toward you, and some move across the screen in a horizontal manner.

When you’re having a fight with the huge bosses at the end of the missions, your task is to scoop them to collect powerups. The powerups will give you new weapons, but you have to be very careful as there is an hourglass that indicates you don’t have much time.

If you are using your mouse to play the game, you can use the left button for the primary fires and the right button for the secondary fires. You can also choose from different skill levels and post your score to show to your friends. The gameplay is overall very casual but still addictive.

Star Defender 3 PC game is a fun and entertaining game and is packed with features such as powerups, bonuses, weapons, numerous levels, and a variety of aliens. It is an arcade shooter game with a casual gameplay and can offer hours of addictive gameplay. If you are fond of playing Galaga, you’ll love this game a lot because there are very few games similar to it.