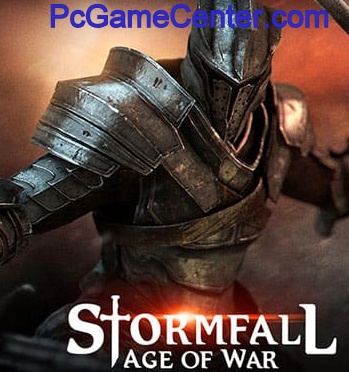 It has an easy-to-use interface, and the PvP strategy and resource management appeal a lot to the players. The game uses retro 2D graphics and offers a top-down isometric perspective. Though the graphics are not up to the mark, the game has a strong narration and the gameplay is addictive.

Stormfall: Age of War is based on the Stormfall Empire where the player has been given the role of a lord who has to raise an army, raid the enemy units, defend the base, and take part in different warfare to join the game’s league system. Lord Oberon assigns tasks, and you have to complete them.

The lord acts as a narrator in the beginning of the game. The game’s basics and fundamentals are explained this way and then, Lord Oberon disappears when the player has understood the gameplay.After the tutorial is over, Lord Oberon will give tasks via a text-based system and you’ll get to know about various happenings in the game.

If we talk about the graphics, the game resembles the Age of Empires because of the similar base units and buildings. All you have to do to play the game is to open your browser and start playing in real time. The league system is very interesting as well since you get to play with other players from across the world. You can easily participate in various warfare and improve your scores to get to the top of the leaderboard.

Plarium has also introduced a feature through which you can raid the units of other players and score some points. This feature is similar to Clash of Clans where you can raid other units and get loot. In Stormfall: Age of War PC, you are given ten raid points, so you can raid other players 10 times. You also get besieging points after besieging enemies, which helps you win the premium currency of the game. You can build different types of units such as spy, defensive, and offensive ones.

Stormfall Age of War PC game offers an entertaining gameplay to the players and as the game progresses, you can grow your army into a very strong one. You can also unlock plenty of things and participate in various warfare to make the gameplay even more intriguing. The only downside of this game is the pay-to-win feature, but many players still find it interesting. The game is also available as a Facebook app in addition to the browser game, so you can play it however you like. Overall, it’s a challenging and interesting game!