There are various car racing games available for Android and PC, but only a few are able to provide the actual adrenaline-packed experience of car racing. One of the games that manage to capture the essence of street racing is Street Racer.

The Street Racer PC game is available for Windows 98, XP, Vista, 7, 8 and 10 and is also available for Android version 2.3 and up.

Street Racer can be viewed as a fast-paced game where players are pitted against speed as well as actual opponents. The game revolves around emerging victorious against the other racers. However, in order to do so, you are not just required to be faster than them. Instead, you also have to dodge the various cars that will come your way as well as an array of obstacles that will be present on the sides of the track. In the end, your points are what matters, so players are required to pick up as many stars along the way as possible to earn bonus points.

The controls of the game as quite simple. If you are using your PC, you will operate the game via the keyboard. However, for those of you who are playing on your tablets or smartphone, you will be required to tilt your device from left to right to operate the car in a given direction. A booster button will be provided to you as well that will aid in enhancing the speed of your vehicle. 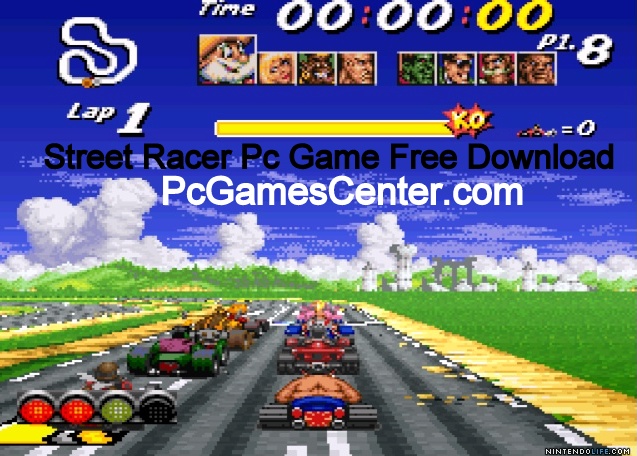 Rather than being stuck with the same old car for the entirety of the game, Street Racer provides its players with the autonomy to choose between four types of different cars, each of which varies in color as well as a model.

Since racing on the same track and being faced with the same hurdles can get a little boring, the developers of the game have included an array of terrains and types of obstacles to keep players interested. The more you play the game, the better tracks you will unlock.

The developers have made a point not to include any popup ads during the game. This feature holds true in both the PC and Android version of the game. Therefore, you can expect a smooth and ad-free racing experience.

The leaderboard reflects your top ten high scores which will allow you to remember your achievement and keep track of your progress. The leaderboard also acts as a motivator to constantly improve your last score.

The Street Racer PC game is a fun and easy-to-play car racing game. Its graphics are glitch-free, and the settings are vibrant. The fast-paced nature of the game along with the inclusion of obstacles on top of competing cars has made this game challenging.