Zombie Derby 2 Free Download: A ZombieDestruction Game. Zombie Derby 2 game is a side-scrolling game developed by BrineMedia and HeroCraft. The game is a racing one where the player has to drive their car through bloody spots including zombies. It consists of a mass destruction strategy in which the players have to hit the zombies and drive away.

There will be millions of hungry and blood-thirsty zombies roaming around in the game, and you have to drive crazily between them. The game is an epic one and sort of a horror-adventure in which you have to save your car from various obstacles and get to the end of the race. You will have an option to choose from the 8 cars which are upgradable but only after you’ve earned enough money.

The game is based on zombies’ destruction. For this purpose, you will be given a vehicle to steer right and left and save yourself from the obstacles. Your planet has been recently infected by zombies and now, your task is to turn it into a safe haven, but the only way to fight the zombies is by plowing through them and earning money. When you earn money, you’ll be able to upgrade your vehicle into a more powerful one with many advanced functions. 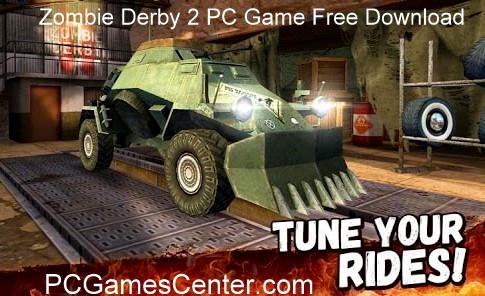 When the game starts, you’ll be given a simple truck with some gas. You’ve to play wisely and earn some cash to upgrade your vehicle. Every race will give you some points and cash, and you’ll be able to improve your rocket boosters, fuel capacity, and engine. After you’ve upgraded all the elements in a level, you’ll be able to unlock the next level and progress smoothly.The in-app purchases will help you meet your requirements easily, but for that, you have to be well-off too.

While playing the game, hitting the zombies will feel quite satisfying, but you’ll also realize that it slows down your vehicle. Hence, instead of just hitting obstacles all the time, you can use guns too. However, you should keep in mind that the supply of bullets is limited.

You can also upgrade the level of gas with some cash so that driving the vehicle gets easier. The same goes with weapons and other items in the game that can be upgraded to improve the performance. The sound and graphics of this game are amazing and scary at the same time.

The Zombie Derby 2 PC game is a zombie-themed game which involves crazy driving, zombie destruction, vehicle upgrades, and some testing of your driving skills. You can use the spacebar to fire at the zombies and other obstacles and shift button to increase the speed. There are different modes in the game, and you can also compete with your friends by inviting them to play with you. The gameplay is overall very interesting and if you like racing games, you’ll love this one.

How to Install This PC :